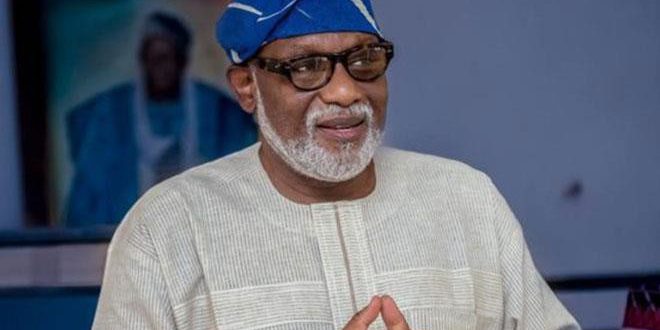 Chairman of the Southern Governors’ Forum and Ondo State Governor, Rotimi Akeredolu yesterday warned that any political party that fields a northern candidate in the 2023 Presidential election will lose.

Akeredolu said that governors in the Southern part of the country under the auspices of the Southern Governors Forum are determined to ensure that the next President comes from the south.

The Governor said this in Akure, the Ondo state capital during a courtesy visit by members of a group, Power Rotation Movement, led by the Chairman, Dr Pogu Bitrus, who also doubles as the Chairman, Middle Belt Forum.

Akeredolu, who said those pushing against the power rotation in the country are tinkering with the existence of Nigeria, added that he believes in one fair and equitable Nigeria.

He commended the group for its approach by involving youths in galvanizing support and votes ahead of the 2023 election.