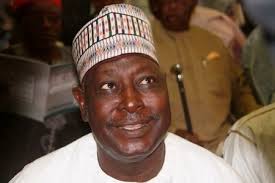 Babachir Lawal, former Secretary to the Government of the Federation (SGF), says a Muslim-Muslim ticket for the 2023 Presidential election is dead on arrival.

The presidential candidates of the All Progressives Congress (APC), Peoples Democratic Party (PDP), and other parties are currently searching for running mates.

On Thursday, the Independent National Electoral Commission (INEC) gave them a week to submit the names of their running mates.

When he was featured on Politics Today, a Channels Television programme, Lawal said the consideration of a Muslim president and a Muslim vice president in the country in 2023 is dead on arrival.

He said it is out of place for anyone to consider such a thought considering the peculiarity of the nation’s political atmosphere which is divided along regional and religious lines.

“You can have the best ticket but if you don’t win the election, it’s a waste of time. So, we must bear in mind that the vice (presidential candidate) is going to contribute to winning that election.”

“Buhari himself, even at that time, had to drop this present presidential candidate because of that tension of a Muslim-Muslim ticket, and we have not seen anything in the country that has changed significantly to allow that to happen. On the contrary, it has worsened.”

According to Lawal who is an ally of Asiwaju Bola Tinubu, APC Presidential candidate, a political party is in the business of winning elections, and to win elections, one must get the votes to beat the opponents.

He stressed the need for the party to make the necessary considerations before choosing its vice president ahead of the coming polls.

Asked if he would like to be Tinubu’s running mate, he said, “God has not told me to aspire for that position. If you reach the level of Christianity that I am, you should be able to seek God’s opinion on everything that you do and get the indication.

“I will consider it. I have been in government before, and I have not seen any personal merit or advantage to me being in government. Since I left government, I have had a very good life and basically, a businessperson, and I have lived well. I am happy, my children are happy.”

Charles Igbinidu is a Public Relations practitioner in Lagos, Nigeria
@https://twitter.com/ionigeria
Previous Zidane close to joining PSG as coach: reports 
Next Ukraine war: How weapons makers are profiting from the conflict