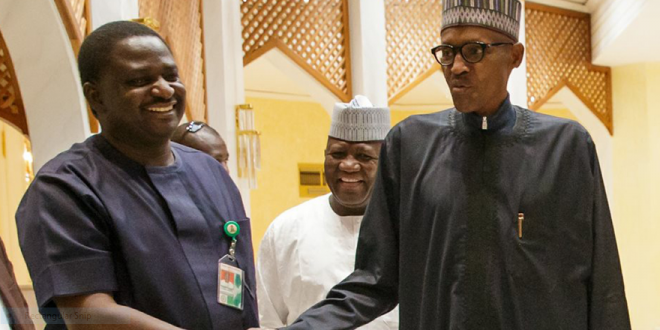 2019 Elections: Many Will Vote Buhari Because Of The Rail-lines He Is Building – Adesina

President Buhari’s Special Adviser on Media and Publicity, Femi Adesina has stated that Nigerians will vote to return the President to office in 2019 for many but different reasons.

Adesina spoke during his visit to PMParrot in Ibadan where he said “many of those making unverifiable statements against Mr President are the minority few who do not like the anti-graft battle the President is waging. They are few but they are loud’.