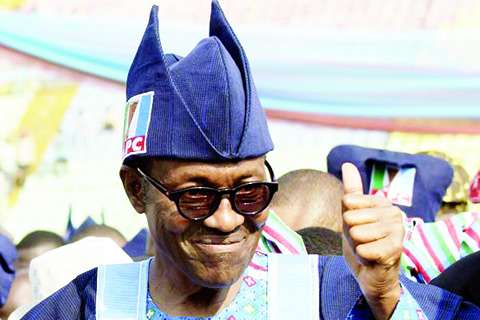 A chieftain of All Progressive Congress APC, from Ughrughelli-Agbarho, in Ughelli North Local Government area of Delta State, Mr. Theophilus Eridi Ugboduma, has said the increasing popularity of President Muhamnadu Buhari will win Delta state for APC in 2019.

Ugboduma, in a statement, yesterday at Agbarho, however called on Nigerians to continue to support President Buhari’s efforts toward transforming the country, noting that the prosperity and development of Nigeria is the responsibility of every Nigerian.

The APC chieftain commended President Buhari for appointing Mr. Boss Gida Mustapha, Secretary to the Government of the federation, describing Mustapha as a dedicated, hardworking and selfless technocrat with vast knowledge in administration and professionalism.

He also charged the progressives and APC family in Delta state to remain united and collectively works toward taking over the governorship from Governor Ifeanyi Okowa and the Peoples’ Democratic Party PDP in 2019, because Deltans have suffered from developmental accident caused by the reckless drivers in a completely knocked down vehicle branded the PDP.

Ugboduma who assured that APC is taking over power to repair Delta state from 2019, further called for a sensitization rally of APC in Delta state and the entire Niger Delta region before the end of the year to sweep out the dirt’s heaped of the PDP.