Home / News / Local News / In 2003, Ojukwu Agreed With Me That Nigeria Must Remain United – President Buhari 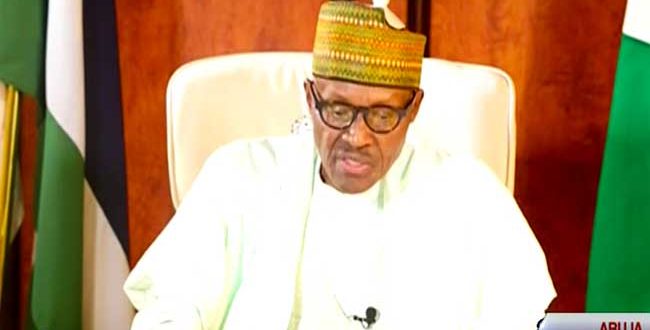 In 2003, Ojukwu Agreed With Me That Nigeria Must Remain United – President Buhari

During his speech in a live broadcast this morning, President Buhari revealed that in 2003, former Biafran warlord, late Emeka Ojukwu paid him a two-day visit at his home in Daura, Katsina state where they both discussed and analysed the problems of Nigeria and came to the conclusion that Nigeria must remain united.

He said this in reaction to the current campaign for the creation of Biafra being championed by the leader of the Indigenous People of Biagra, Nnamdi Kanu. Buhari said

“In 2003 after I joined partisan politics, the late Chief Emeka Ojukwu came and stayed as my guest in my hometown Daura. Over two days we discussed in great depth till late into the night and analysed the problems of Nigeria. We both came to the conclusion that the country must remain one and united.”

He stressed that despite the various calls for secession, Nigeria’s unity is settled and non-negotiable.

“Nigeria’s unity is settled and not negotiable. We shall not allow irresponsible elements to start trouble and when things get bad they run away and saddle others with the responsibility of bringing back order, if necessary with their blood,” he said