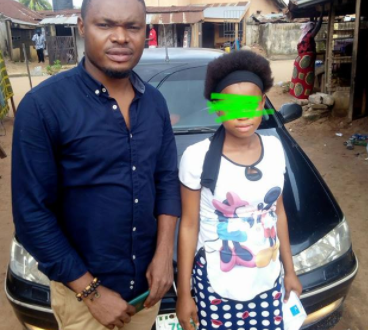 17 yr-Old Girl Drugged, Raped And Impregnated By Her Sister’s Boyfriend

17-year-old Ogechukwu,accused her sister’s boyfriend of raping her and getting her pregnant sometime in April last year.

Ogechukwu’s plight was brought to the public by the president of Behind Bars Initiative, Prince Harrison Gwamnishu.

Ogechukwu moved to Lagos last year to live with her sister in the Ojo area of the state. Ogechukwu’s sister sells clothes but also pimps girls for some men in the area.

The sister allegedly always wanted to introduce her into her line of business but she couldn’t because Ogechukwu was a virgin.

While celebrating her birthday in April this year, Ogechukwu said her sister gave her a glass of soft drink to take. She did not know that the drink had been mixed with a substance that would make her sleep.

The next day, she woke up to see blood on her private part with her sister and her boyfriend around her. Ogechukwu said her sister told her that there is no big deal in her losing her virginity.

Ogechukwu, who is an indigene of Anambra state, left the sister’s place in anger and went to her brother’s home in Asaba where she informed him of what her older sister and boyfriend had done to her. Weeks later, Ogechuku discovered she was pregnant. She picked up a job as a teacher to support herself.

Prince Harrison was at the station yesterday for another matter when he met the pregnant teenager. After hearing her story, he facilitated her release from police custody.

Ogechukwu and her brother would be in Lagos soon to report the matter to the police and take legal action against her sister and her boyfriend. 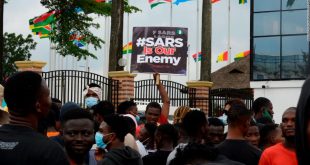 Spread the loveA former Assistant Director with the Department of State Services, Dennis Amachree, has …