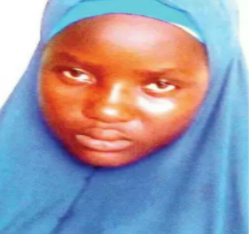 14 year old Aisha Isah, has been arrested by the Niger state police command for allegedly killing her 40 year old husband, Isiaka Usman, who she got married to 5 months ago.

According to the Northern City News, Aisha allegedly used a pestle to hit her husband which led to his death at their home in Lifari Village in the Mashegu Local Government Area of the state. The teenager had been complaining to her family members that since she moved into her deceased husband’s house, he had not provided her with money to eat or for her upkeep and that whenever she asked for money to eat, he would ask her to go and eat at her parent’s house.

On the day of the incident, Aisha had asked her husband for money to eat since he had not given her with food for two days and the two of them got into an argument. According to reports, he slapped her and in anger, Aisha picked up the pestle in their kitchen and hit him on the head with it. He collapsed and was rushed to the Mashegu hospital where he later died.

Aisha says she regrets her action as it was never her intention to kill her husband.

The state police command says Aisha would be tried in the Juvenille court.

Previous I Cancelled My Tour To Rededicate My Life To Christ – Justin Bieber Explains
Next Presidency Explains Why Ekiti State Governor, Ayo Fayose, Is Not Part Of The Governors Visiting President Buhari