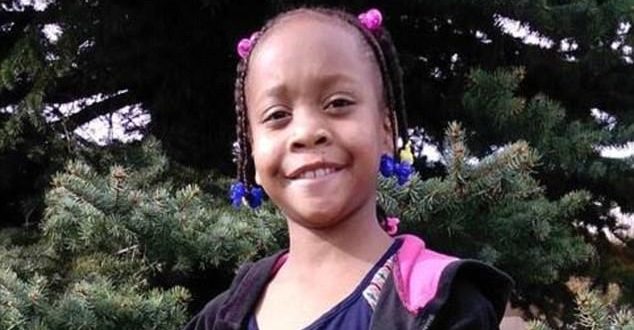 A 10-year-old Colorado girl committed suicide after a video of a fight with an alleged bully surfaced online, her family said.

Anthony Davis told KDVR-TV his daughter, Ashawnty Davis, was a happy fifth-grader who “brought joy to everyone.” But something changed when she got into a fight at her elementary school.

In October, the 10-year-old reportedly confronted a girl, who she claimed had been bullying her at Sunrise Elementary in Aurora. A fight ensued and someone recorded the altercation.

The video was later posted on a social media app called Musical.ly.

“She was devastated,” said Davis of his daughter.

Latoshia Harris, the girl’s mother, said she endured more bullying after the video surfaced, and it was too much for her daughter to handle.

“My daughter came home two weeks later and hanged herself in a closet,” said Harris.

Ashawnty was on life support for two weeks at Children’s Hospital Colorado before she died Wednesday morning.

Her parents said although video of the fight is difficult to watch, they want to share Ashawnty’s story to hopefully save lives. They believe their daughter was a victim of “bullycide,” a term used when someone commits suicide because of bullying.

“I want other parents to know that it’s happening,” said Harris. “That was my baby, and I love my baby. And I just want mothers to listen.”

The Cherry Creek School District, which Sunrise Elementary is a part of, said officials spoke to the children involved and handed the video over to Aurora police. The district called Ashawnty’s death a “heartbreaking loss.”

“We do not tolerate bullying of any kind in our schools and we have a comprehensive bullying prevention program in place at all of our schools,” the district said in a statement. “The safety and well-being of students is our highest priority and we strive every today to ensure schools are safe, welcoming and supportive places that support learning.”