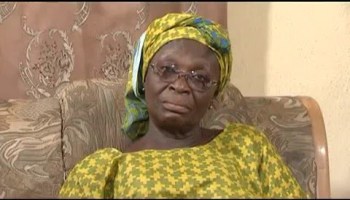 Veteran Nollywood actress, Bukky Ajayi has passed on. She died on Wednesday morning at the age of  82.

Here are some memorable things you need to know about the late actress.

1. She was born a christian but converted to Islam in the early eighties and chose the name Zainab.

2. Her love for the theatre started as a young girl when her father used to take her to the cinemas.

3. She studied in England. She was abroad for six years, as a Federal government scholar.

4. She left England and came back to Nigeria after her education in 1965 and started out working in Nigeria Television Authority(NTA) as a presentation assistant in 1966.

5. Afterwards, she became a presenter and then a news reader.She presented a couple of children’s programmes and ‘Nigerian’s Sketches,’ a programme which was all about Nigerian culture, and Diran Ajijedidun of blessed memory was her producer.

6. She was later transferred to Port Harcourt and later back to Lagos, and it was at that time she started her acting career.

7. She started with the ‘Village Headmaster’ in the 70s, and she later got a role in Amaka Igwe’s ‘Checkmate.’

8. She has featured in so many home videos that she has lost count.Shooting of international film ‘Critical Assignment’ in South Africa, is one of the events of her life that she will never forget. It gave her an opportunity to see how it is done elsewhere, other than Nigeria, where a movie is shot in five days.