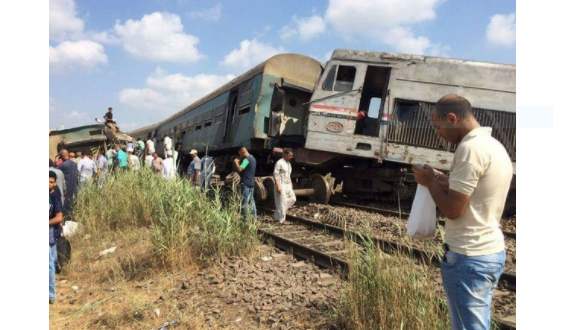 10 Perish, 15 Others Injured In Train Crash

At least 10 people were killed and 15 others were injured in a train crash on Wednesday in Egypt’s northern province of Beheira as confirmed by the health ministry.

Egyptians have long complained that successive governments have failed to enforce basic safety measures for the railways. A string of crashes have further inflamed public anger over the antiquated transport network.

A collision in August killed 42 people and injured more than 100 people.

Previous BBNaija: BamBam’s Parents Demand Daughter’s Return After Toilet Sex With Teddy A
Next INEC Releases Elections Dates For The Next 36 Years