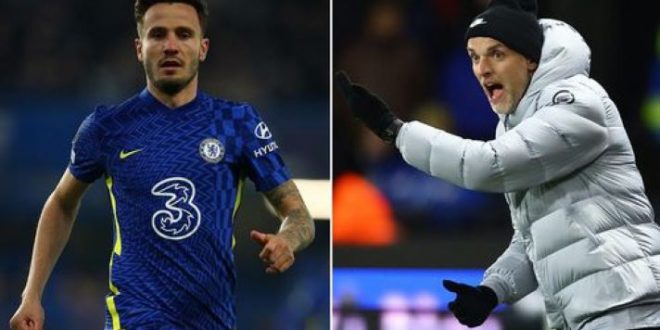 Some players can cut it in the fast-paced, physical world of the Premier League while others struggle – Mirror Football looks at 10 players who are struggling to make an impact

The Premier League is arguably the most physically demanding, fast-paced football league in the world. For that reason, it does not play to every footballer’s strengths to move to England.

But the promise of lucrative salaries and stardom can often prove a great motivator behind transfers for foreign players as they look to make the most of their short careers.

For the most part, signings seem to have an uplifting effect on the squad, providing fresh impetus and a different approach to how the team normally operates.

But there are some who struggle to adapt to their new surroundings — it could be the language barrier, the weather or simply a lack of form on the pitch.

Chelsea ’s signing of Saul Niguez, an experienced Spain International who has won several trophies with Atletico Madrid, is a perfect example.

Yet the Spaniard looked out of his depth once again and was hooked at half-time by his boss Thomas Tuchel during the 2-1 win over Watford.

The German’s assessment of his situation was bleak, admitting he “doesn’t know where he goes from this performance”, seemingly laying down the gauntlet to his underperforming loan star.

But he is not the only player struggling to make an impression after his summer arrival. Here are the 10 worst signings of the Premier League season so far…

Chelsea head coach Thomas Tuchel spoke at length about how signing of Saul Niguez was his decision, not the club’s.

The German was forced to deny claims that the Spaniard was a “club signing”, something Chelsea have experimented with before by bringing in Christian Pulisic back in 2019.

But Tuchel explained he needed cover in midfield, thus justifying the Blues completing a last-ditch loan move for Saul in the summer transfer window.

That has proved to be true, as Tuchel was missing N’Golo Kante, Jorginho and Mateo Kovacic for the trip to Vicarage Road, giving Saul only his second Premier League start.

It has not gone to plan, though, with the 26-year-old looking a yard short of fitness and struggling to get involved in the game. He looks a shadow of the player who looked a class act in Diego Simeone’s squad only two years ago.

Chelsea have the option to make the deal permanent for £34m this summer. But there is little chance of that happening if Saul does not improve in the eyes of Tuchel.

With Cristiano Ronaldo down the middle, Marcus Rashford on the left and Sancho deployed on the right, Manchester United fans thought they would be invincible this season.

Ronaldo has delivered some important goals, while Rashford is slowly finding his feet again after surgery this summer. But it is Sancho, surprisingly, who has endured a difficult few months at Old Trafford.

The 21-year-old arrived with big expectations on his youthful shoulders after developing into one of the world’s most exciting attackers at Borussia Dortmund.

But the £73million’s return of no goals or assists in his first 13 appearances suggested the forward was missing something in his game.

The former Man City trainee has shown signs he is finally adapting to life in Manchester with two goals in as many games. But compared to the form he displayed with Dortmund, Sancho has fallen below expectations so far this season.

It is difficult to understand why Tottenham signed Bryan Gil for £21m plus Erik Lamela from Sevilla if he was never going to play.

The Spanish starlet arrived in north London after an impressive campaign in LaLiga with Julen Lopetegui’s side and the attacking midfielder clearly has potential to develop.

But his game time has been severely limited under Nuno Espirito Santo and Antonio Conte does not look keen on playing him either. With Heung-min Son, Lucas Moura and Steven Bergwijn available, Gil has found minutes difficult to come by.

He is yet to make a Premier League start, with only 57 minutes of action coming in five brief cameos from the bench and when he has played, in the Europa Conference League, the 20-year-old has underwhelmed.

A misguided piece of business from Spurs and Gil may look to leave on loan in January if Conte does not hand him more opportunities.

Jack Grealish’s boots were never going to be easy to fill at Aston Villa and there are already doubts as to whether Emiliano Buendia is the right fit to lead the club.

Ex-Villa boss Dean Smith felt compelled to spend a large chunk of the £100m received on Norwich’s main creative force, who was key to helping the Canaries gain promotion.

But the 26-year-old has scored only once and laid on a solitary goal for his team-mates since making his debut, with criticism over his performances this season,

Under a new boss in Steven Gerrard, Buendia has a chance to make up for lost time with the club this season. If he fails to do so, those Grealish comparisons will become more frequent and damning.

No one needs to tell Leicester or Jannik Vestergaard that his start to life at the King Power Stadium has been far from what they expected.

For one, the £15m arrival from Southampton has been thrown into the deep end after Wesley Fofana suffered a long-term knee injury. And the 29-year-old admits his form has been “uneven” with the Foxes so far.

“My club change has been big and a bit of an upheaval,” he said in a press conference while on international duty with Denmark, as reported by bold.dk. https://www.bold.dk/fodbold/nyheder/sulten-vestergaard-ujaevn-start-i-leicester/

“I ran into an injury on top of zero vacation and startup, so it has been a little bit uneven — both for me personally and for the team.”

The centre-back has played his part in Leicester’s leaky defence, which has conceded 25 goals in 14 games this season, and Vestergaard has only contributed to one clean sheet in his seven appearances.

Brendan Rodgers will be hoping the experienced defender shows some improvements in the second half of the season as his side aim for a European spot once again.

The anxious cries from Newcastle fans whenever Willock lost possession in the 1-1 draw with Norwich said everything about their out-of-form youngster. He is lacking confidence — and they lack confidence in him.

It was only back in March that Willock was the most in-form player in the Premier League, becoming the youngest player to score in six consecutive games for the Magpies as they steered clear of relegation.

But after he made a permanent £25m switch from Arsenal this summer, Newcastle fans have a right to expect better from the 22-year-old.

He is yet to find the net for the Toon this season and a lack of goals has left Eddie Howe’s side winless after 14 games.

If they are to turn around their form and avoid the drop again, Willock will need to rediscover his goalscoring form quickly.

Junior Firpo joined Leeds for £13m from Barcelona this summer

Leeds turned a few heads when they signed Firpo from cash-strapped Barcelona this summer, capturing a talented full-back in the process.

But given how he has performed so far, it appears signing a player from the Catalan giants doesn’t generate quite the same appeal as it once did.

The Spain international arrived in a £13m deal and took up the left-back spot left by Ezjgan Alioski.

But his first handful of appearances resulted in error-strewn displays and he scored an own goal against West Ham.

Marcelo Bielsa’s side have tightened up their backline in recent weeks, despite a crippling injury list, and Firpo will feel he has played his part in helping the team keep three clean sheets in his four games.

Tottenham’s signing of Atalanta’s first-choice stopper suggested that he may be able to challenge Hugo Lloris for the No.1 jersey. Quite simply, that has not happened.

Gollini, 26, signed on a season-long loan from the Serie A side with the option to make the move permanent in the summer.

But at this stage, Spurs may decide to allow him to return to Bergamo and sign a genuine back-up goalkeeper, with Gollini left frustrated on the sidelines at his lack of action.

The Italian has been mainly selected for Europa Conference League matches and, despite the lower quality of opposition, the goalkeeper has conceded six goals in four games.

Even the appointment of his compatriot Conte may not be enough to turn around his fortunes with Tottenham.

When David Moyes missed out on the permanent signing of this summer Jesse Lingard, West Ham opted to strike a deal to sign CSKA Moscow playmaker Nikola Vlasic for £25m.

The fee may have been inflated as the Croatian arrived after picking up the Russian Premier League’s Player of the Year award. But since arriving at the London Stadium, Vlasic has flattered to deceive.

The 24-year-old has managed only three Premier League starts and is still waiting for his first goal in claret and blue. The Hammers are reportedly weighing up a deal to sign Lingard in January, suggesting Vlasic’s days may already be numbered in east London.

Said Benhrama’s participation in the Africa Cup of Nations could give Vlasic the chance he needs to lock down a regular spot after making just three Premier League starts — and Moyes has challenged the playmaker to take his chance.

“I think we would like to add but this is where I am hoping that Vlasic will get a bit more prepared and ready for us in that period when he [Benrahma] goes away,” he said.

“I’ll try and use Nicky a little bit more going on now with the opportunities when I think they’re right. Up until recent games the team has played really well and there have not been too many alterations.”

Like Firpo, Wolves felt they had pulled off a coup in signing Francisco Trincao from Barcelona on a loan deal with an option to buy.

There was excitement that Trincao, the latest client of Jorge Mendes to turn out at Molineux, would develop like Diogo Jota and Ruben Neves.

But the Portuguese has disappointed under Bruno Lage, despite ample opportunities in his 11 appearances, and he is still waiting for his first goal for the Midlands club.

The 21-year-old playmaker has been gradually usurped by Hwang Hee-chan at Wolves, with the South Korean scoring four times since signing from RB Leipzig.

After being consigned to the bench against Burnley, the winger clearly has some work to do to convince his boss of his worth to the team.