1 Dead, Over 18 People Trapped As Building Collapses In Abuja (Pictures)

At least 18 people are trapped beneath the rubble of a four-storey building which collapsed around 1.30pm in the Jabi area of Abuja.

Our correspondent who is at the scene reported that the building which was under construction when it collapsed had over 25 people inside.

Rescue officials were said to have rescued about six persons while a corpse has been evacuated.

However, the heavy rain has also hampered rescue operations. 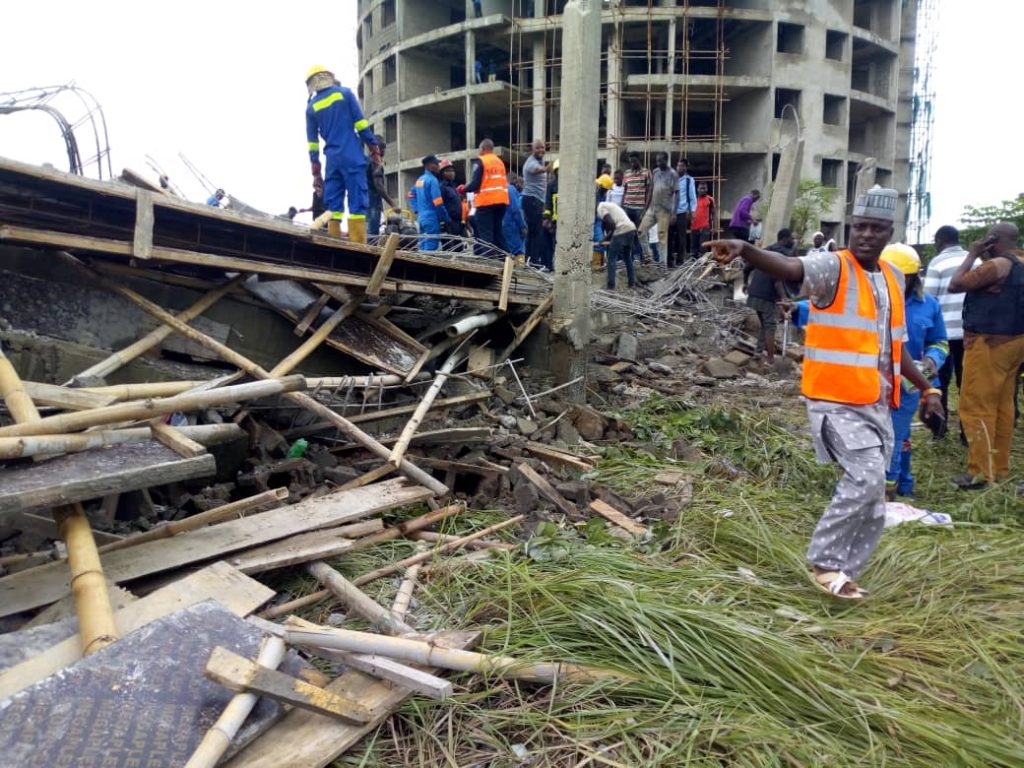 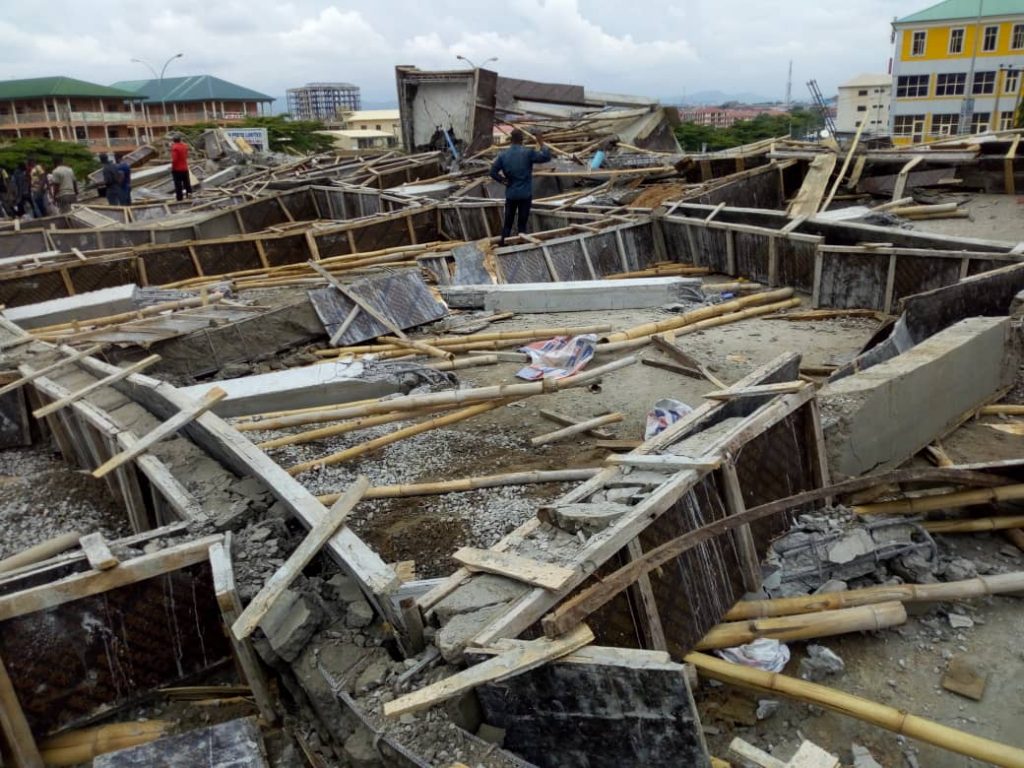 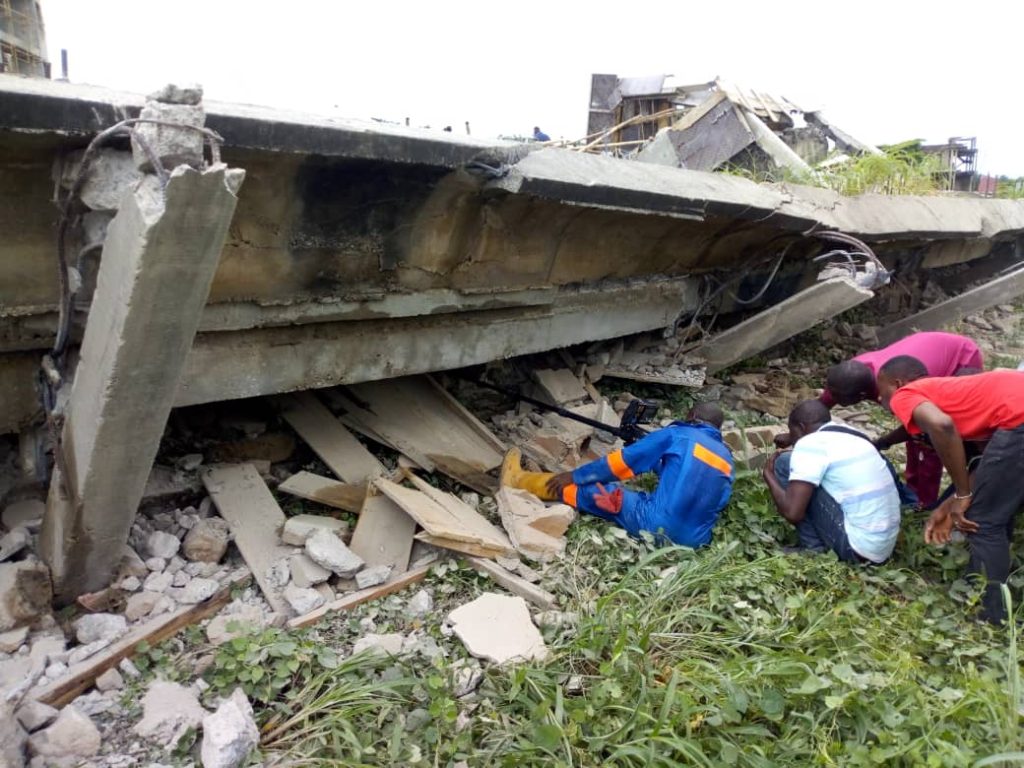 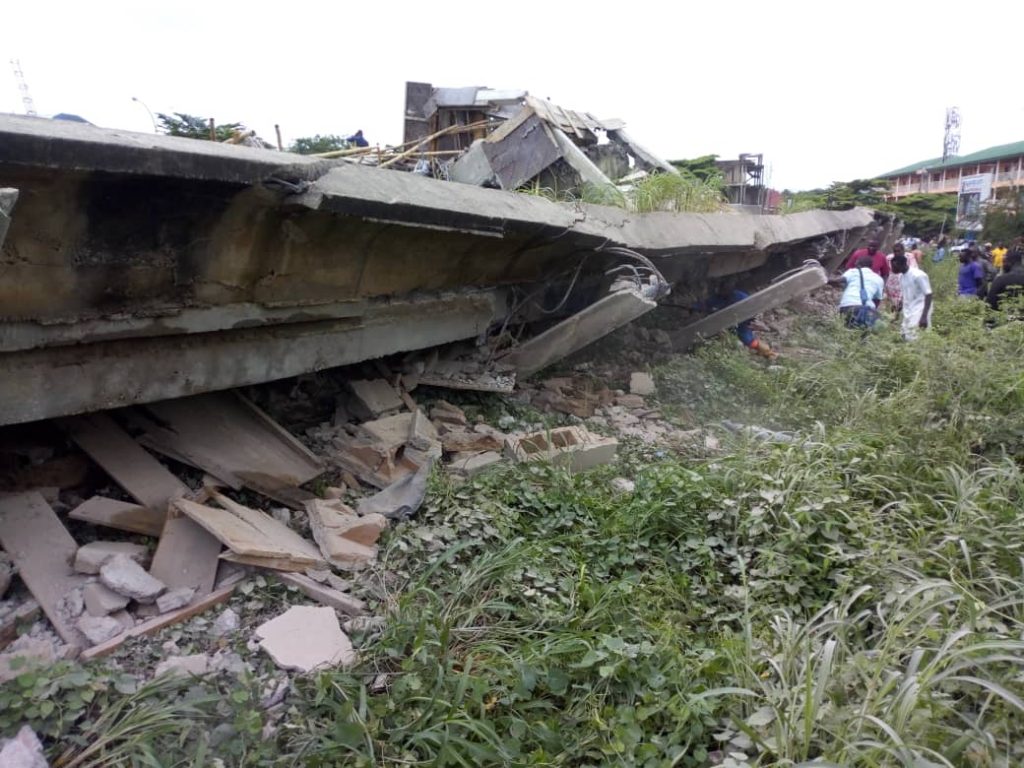 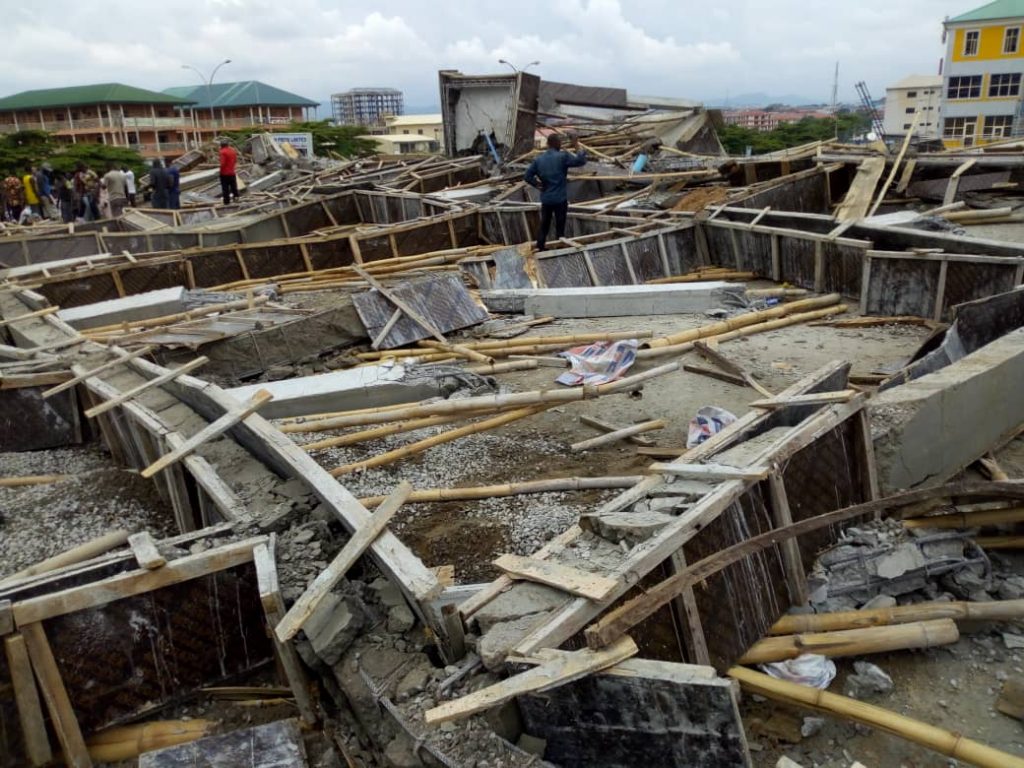 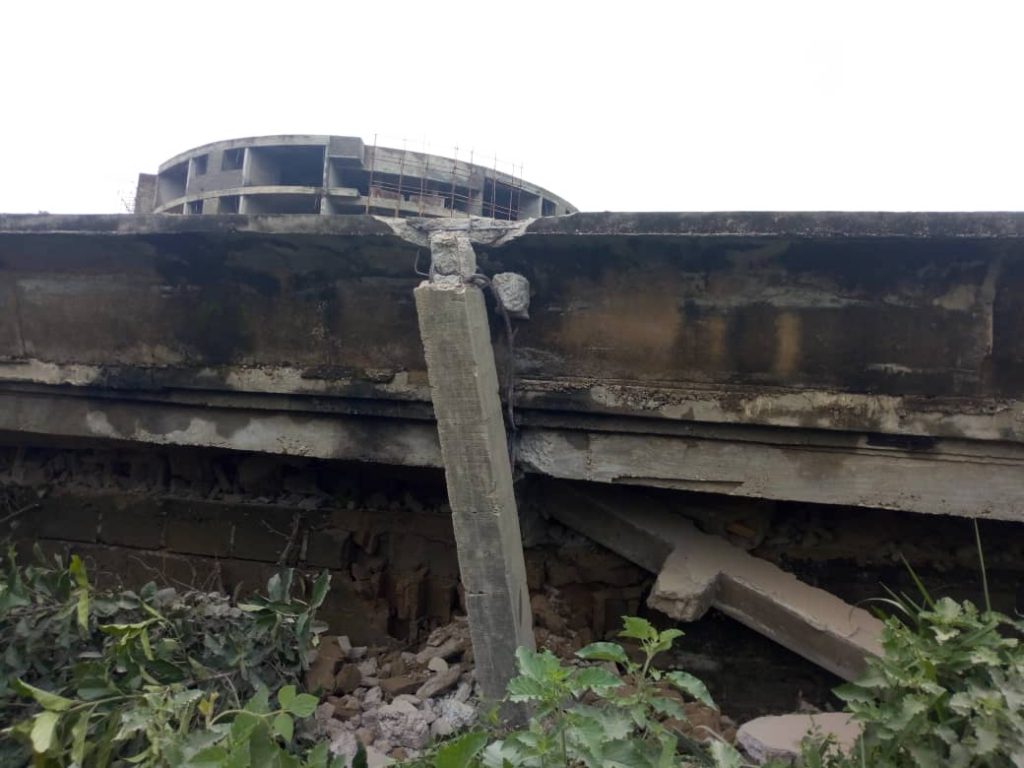